Dogs are usually known as the man’s friend, but in some rare cases, they also attack humans, which can turn deadly. Dogs usually try to chase the joggers, runners, and bikers who enter their territory. In the starting phase, dogs barks to defend their space, but if they don’t get the desired results, they become bolder and more aggressive.

In some extreme cases, the dogs also bite the humans when they are scared and feel threatened. So it’s good for everyone to know what to do when they face an aggressive dog. Most people run after facing an aggressive dog, which makes the matter worse. Let’s see some helpful tips to survive a dog attack.

1. Beware of the body language 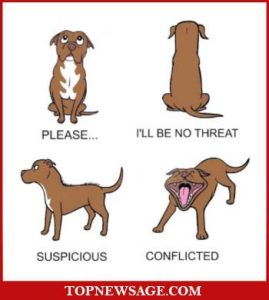 Whenever a dog attacks you, focus on its body language as there are always some signs of aggression in dogs. Many people miss out on these signs until the situations become more dangerous.

Uncontrolled dogs are unpredictably aggressive and can be dangerous for you in many ways. So, make sure to beware of the dog’s body language when it’s attacking you.

The aggressive dogs, which are just going to bite usually, put their tails between legs, flatten their ears back, and lick their lips just before the attack. Sometimes dogs also show a mixture of fear and aggression. Whatever the case is, make sure to stay away from a dog when it shows these signs.

2. Know when not to approach 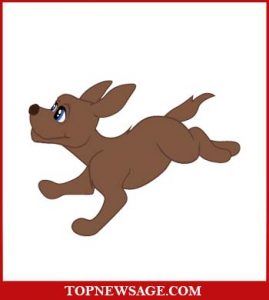 Try to be alert when you have dogs around, as they can easily approach you without any warning and sign. But in some cases, they don’t notice you, especially when they are eating, sleeping, chewing, sick, or injured.

Usually, the uncomfortable dogs approach you when they are not familiar with you. Some dogs are also friendly with strangers, and some are extra conscious of defending their territory. 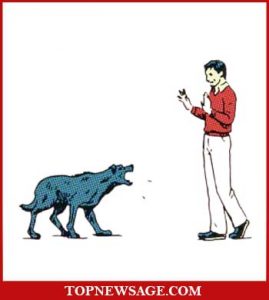 Many people just start running when they face a dog attack. It’s not the best thing to do; you need to stay calm and still. You can simply make eye contact with the dog and calm down. If the dog’s eye contact is extended, it means the dog is going to attack you.

In such an extreme situation, you need to throw some treats or foods to deter the dog. Back away slowly and try to turn them sideways to avoid the dog attack.

4. Put something between you and dog 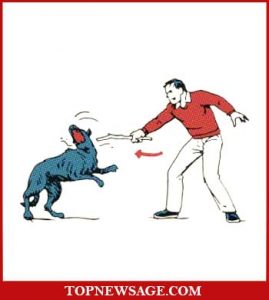 Try to put something between you and the dog to prevent the dog bite. You can simply put anything you have in your access at that time, like the jacket, stick, etc.

Make sure to extend your arms when you are putting these things and keep away your sensitive parts from the dog’s mouth. 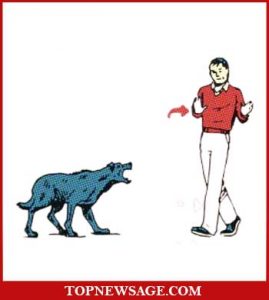 Fingers are one of the easiest body parts for the dog to attack when you are trying to protect yourself. So, try to make fists to protect your fingers from bitten off. Simply fold the fingers and put your thumb on the central finger.

It also gives you some energy to handle the aggressive dog and makes it difficult for the dog to attack you. 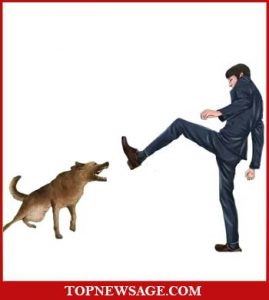 Fortunately, it’s easy to distract the dog with certain movements, which helps with some serious dog attacks. There are many movements and impressions that can distract the dog. One of them is object throwing in any other direction; you can simply throw any object like a bottle, towel, stone, or anything you have in your hands.

If you don’t have anything, simply show that you have picked something from the ground and throw it in another direction. 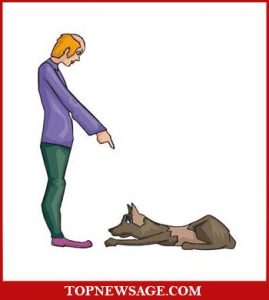 There are many aggressive commands, which are helpful to control the dog. One of them is the “Back Away” command in a firm voice. To create some further impact, you can also move your hands to show the direction to the dog.

You can also pretend that you have to pick something from the ground and command the dog to “sit down”. If the dog sits down, move back slowly without turning your back. Make sure you have eye contact with the dog during all this period. 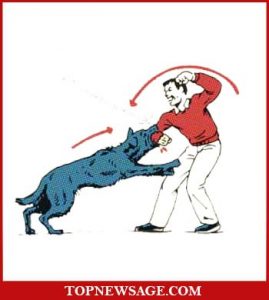 This is the very last thing you can do to minimize the damage. If the dog bites your forearm, don’t pull your arm back as it can cause forearm tear injuries.

You can simply push the dog back. Make sure the dog is not going to shake his head while your forearm is in his mouth, as it can lead you to some serious injuries. If the dog bite on your foot, or leg, you can grab the dog’s back legs and lift it off from the ground. But make sure all the sensitive parts of your body away from the dog mouth during all this process. Try to do everything you can do to protect your face, chest, and throat. 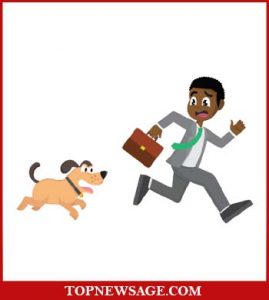 Don’t kick, punch, or hit the dog as its makes the dog angrier. Many people use pepper spray and weapons to distract the dog, but all these are useless when you are not skilled.

But, you can throw something like a blanket on the top of the dog’s head to block his vision. Usually, dogs are less interested in you after these types of activities. Sometimes hoses or fire extinguishers on the dog’s mouth are very effective to release the bite. 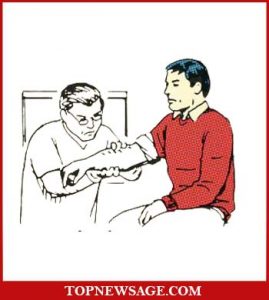 The time period after a dog attack is equally important as the small injuries can be worsened with time. Try to get medical treatment as soon as possible regardless of the small or large injuries. Any kind of small bite or injury can lead you to some dangerous and deadly infections. You can also call 911 if needed. You need to report the incident to animal control so they can locate the dog before anyone else is hurt. If you wanted any legal action, try to conduct the information about other witnesses, and document all the injuries before reporting. 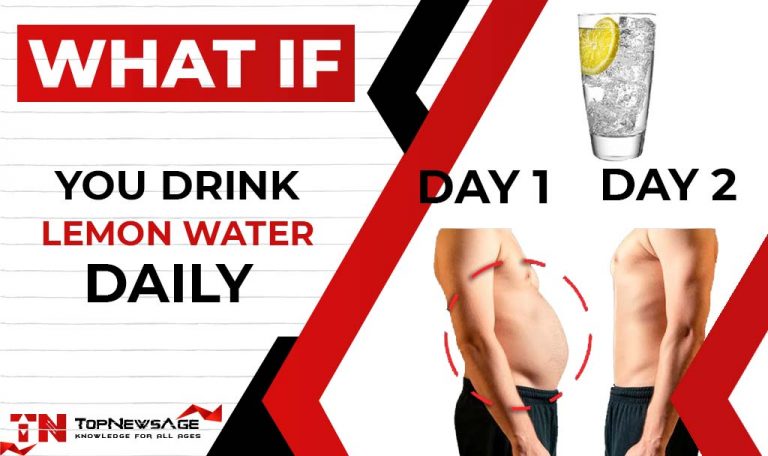 Many people drink lemon water every day in the morning instead of coffee or tea. There is no doubt about the lemons’ delicious taste, but does the addition of lemon in the water make them healthier and delicious? Yes, there is much-supporting evidence of the health benefits of lemon water. Water and lemon water separately… 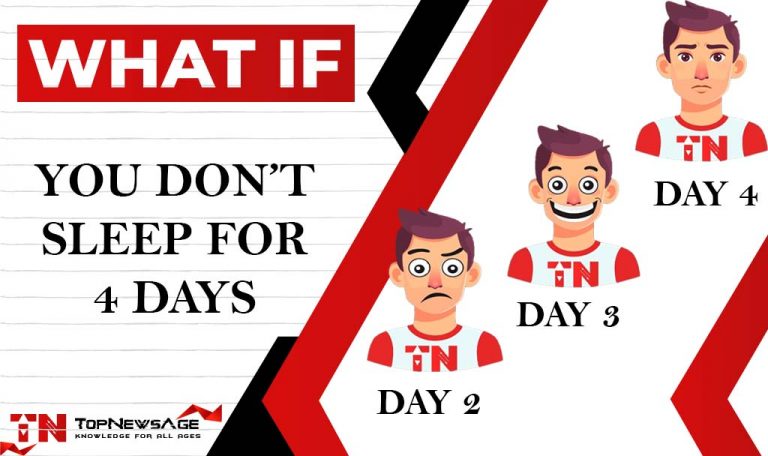 Getting enough sleep is necessary for physical and emotional well-being. If you are not getting enough sleep daily, it can lead you to many short, and long-term health effects. The Centers for Disease Control and Prevention (CDC) recommend seven-hour rest at night daily for adults between ages 18 to 60 years. But the studies show… 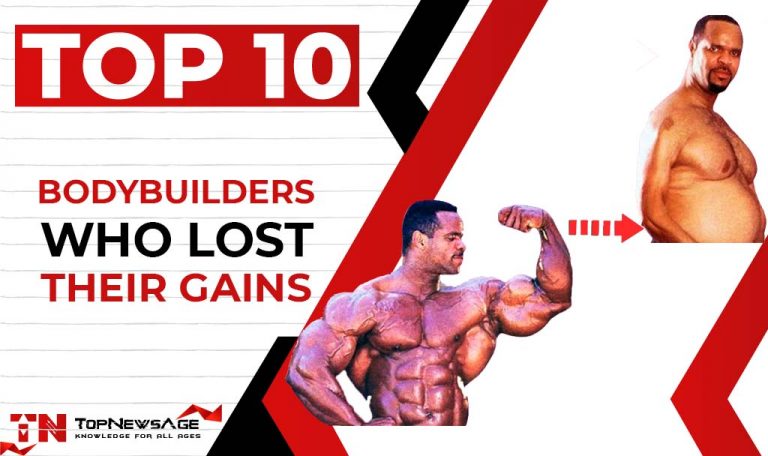 When it comes to professional Bodybuilders body, people usually focus on those bodybuilders who become massively muscled individuals from their skinny nobodies. But there is another side of bodybuilding, where some individuals lost their gains. Not every bodybuilder is like Robby Robinson and Jay Cutler, who keeps their gains all the time. Let’s see the… 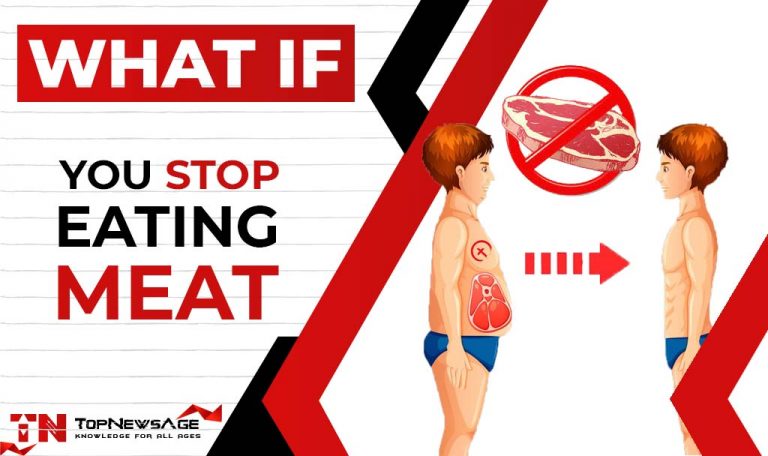 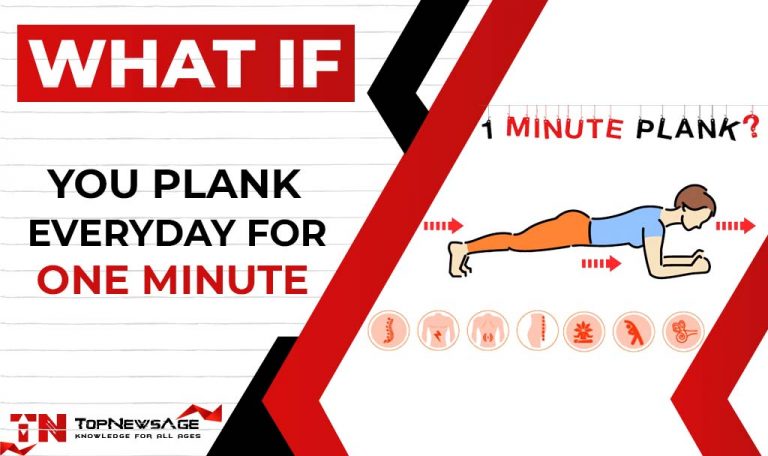 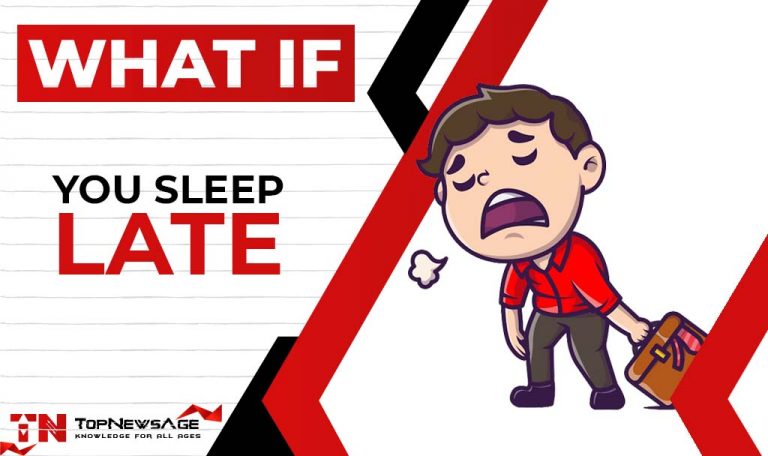