Khabib is a Russian retired mixed martial artist who competed in the lightweight division of the Ultimate Fighting Championship and is known as a Longest-reigning UFC Lightweight Champion. He held this title from April 2018 to March 2021 with 29 wins without any loss and retired with an undefeated record. In this article, we have discussed all of the khabib streak 29-0 matches.

Khabib faces the Vusal Bayramove in his veru forst professionalfight on September 13, 2008. This was the professional debut of the khabib, which took place in the promotion CSFU Champions League in Poltava, Ukraine. He absolutely dominated throughout the match, mauled his opponent, and began his career like a boss. He submitted the Vusal Bayramov in 2 rounds via a rear-naked choke in 2.20 minutes fight.

Khabib faces the Vusal Bayramove in his veru forst professionalfight on September 13, 2008. This was the professional debut of the khabib, which took place in the promotion CSFU Champions League in Poltava, Ukraine. He absolutely dominated throughout the match, mauled his opponent, and began his career like a boss. He submitted the Vusal Bayramov in 2 rounds via a rear-naked choke in 2.20 minutes fight.

Khabib faces Sahmil in his second professional fight on October 11, 2008. He dominated on the ground, and have control all through the fight, and won it on Unanimous decisions in 2 rounds. It was one of the most extended duration fights of the Khabib streak as its take 5 minutes to produce the result.

It’s the second fight of Khabib on the same day, October 11, 2008, where he faces the Ramazan Kurbanismailov. Irrespective of the second match of the day, khabib energy was excellent throughout the game, and he won the fight again on a Unanimous decision in 2 rounds.  It takes 5 minutes to produce results like the first fight in the event.

Khabib and Eldarov face each other in Tsumada Fighting Championship 3, which took place on New Wrestling Center, Agvali, Dagestan Republic, Russia. This was the special fight of the young khabib as he states that Eldar Eldarov was his hero. Khabib was up on the Eldar Eldarov throughout the fight and won the match on TKO punches in 2 rounds of 2.44 minutes.

This was the second fight of khabib on the same day, August 8, 2009, where khabib and Said faces each other at New Wrestling Center, Russia. Khabib won this fight on TKO punches in 1 round of 2.05 minutes.

It’s a 7th streak match of the khabib, where he faced Shahbulat on November 3, 2009. Khabib used the Kimura lock to produce the results and won the fight in a single round of 4.36 minutes.

Khabib and Ali Bagov face each other at Moscow, Russia. Both professionals fight in a Golden Fist Russia event on June 10, 2010, where the khabib was the winner with a Unanimous decision. This match takes three rounds of 5 minutes to produce the results.

On February 12, 2011, khabib faces Alexander in his 10th streak match. The match was held in M-1 Selection Ukraine 2010, which took place in Kyiv, Ukraine. Khabib defeats Alexander Agafonov on TKO Corner Stoppage in 2 rounds. The whole fight takes 5 minutes to produce the results.

He faces the Said Khalilov on April 9, 2011, at Agvali, Russia. It proves another simple win for the khabib as he takes a single round of 3.16 minutes to win the fight on Kimura submission.

Khabib and Ashot face each other in Union Nation Cup 15 on May 6, 2011, where khabib won on KO punches. He took great advantage of the Ashot Shahinyan defeat against A. Butenko in Union nation Cup 7 and won the battle in a single round of 2.18 minutes.

This was the 13th fight of the khabib on July 2, 2011, which was the fourth Khabib’s fight of the running year. It was the final of the Union nation Cup and won by the Khahbib on Triangle Choke submission. It was another single-round fight of the khabib’s streak, which takes 4.28 minutes of khabib.

Khabib faces Hamiz Mamedov in his 14th streak match on August 5, 2011, which took place in Battle on Don. He won the fight on triangle choke submission in a single round of 3.51 minutes.

Khabib faced the Vadim in Ukraine Cup 3 on September 15, 2011. It was the third consecutive fight of the Khabib, which produces the results on Triangle choke submissions. Khabib takes a single round of 3.01 minutes to improve his streak to (15-0).

Khabib and Arymarcel Santos face each other on October 22, 2011, in battle in the Caucasus. This was the last khabib’s fight of 2011, which he won on TKO punches. Khabib’s take a single round of 3.33 minutes duration to defeat the Arymarcel Santos.

other, which was the second khabib’s match of the running year. This was another match of the streak, which end with a Unanimous decision. The fight comes to an end in 3 rounds of 5 minutes.

Khabib and Thiago face each other on January 20, 2013, in UFC on FX, where Khabib won the battle on KO/TKO punches in a single round of 1.55 minutes.

Khabib and Abel face each other on May 26, 2013, in a UFC 160 event at the MGM Grand Garden. He won the fight on Unanimous decision in 3 rounds of 5 minutes.

Pat Healy is an American Professional mixed artist who proves one of the toughest opponents of the khabib’s streak. They face each other on September 22, 2013, in UFC 165. The match, fortunately, ended with the winning of khabib on Unanimous decision, and it takes three rounds of 5 minutes to produce the results.

Rafael Dos Anjos is a Brazilian-American professional mixed martial artist, currently fighting in the Welterweight and Lightweight divisions for the UFC. Khabib and Rafael face each other on April 19, 2014 in UFC on FOX, where the fight comes to an end on unanimous decisions after three rounds of 5 minutes.

Darrell Horcher is another professional American mixed martial artist since 2010 and recently competed in the Lightweight division of the UFC. Khabib faced him in UFC Fight Night on April 17, 2016, and won the match on KO/TKO’s punches, which takes two rounds of 3.38 minutes duration to produce the results.

Michael Johnson is an American professional mixed martial artist and competes in the Lightweight division of the UFC. He faces Khabib in the 24th streak match of him on November 13, 2016, in UFC 205 at MSG, New York City. Khabib won the fight in 3 rounds of 2.31 minutes duration via submissions.

Khabib and Edson come across each other on December 31, 2017, in UFC 223 at Barclays Center, New York. This was the 25th streak match of the Khabib where he won the fight on Unanimous decisions. The battle takes three rounds of 5 minutes duration to produce the results.

Al Iaquinta is an American professional martial artist in the lightweight division of the UFC. He faces Khabib during his 26th streak match, which was on April 8, 2018, at the Barclays Center in Brooklyn, New York. This fight was held on UFC 223, where Khabib won this fight on a unanimous decision in 5 rounds of 5 minutes.

Conor Anthony McGregor is an Irish mixed martial artist and boxer, ranked 12 in the UFC men’s pound-for-pound ranking, where he won the fight on submission in 4 rounds of 3.03 minutes duration.

Dustin Glenn Poirier is another American professional martial artist and currently fights in the lightweight division for UFC. Khabib and Dustin Poirier face each other at the Arena, Yas Island in Abu Dhabi, United States Arab Emirates in UFC 242, where Khabib won the fight on submission in 3 rounds of 2.06 duration.

Khabib and Justin Gaethje faced each other on October 24, 2020. Justin is an American martial artist and currently competes in the UFC’s lightweight division. This match was held in UFC 254 at Flash Forum on Yas Island, Abu Dhabi, United Arab Emirates, and Khabib won this fight on submission in 2 rounds of 1.34 minutes. 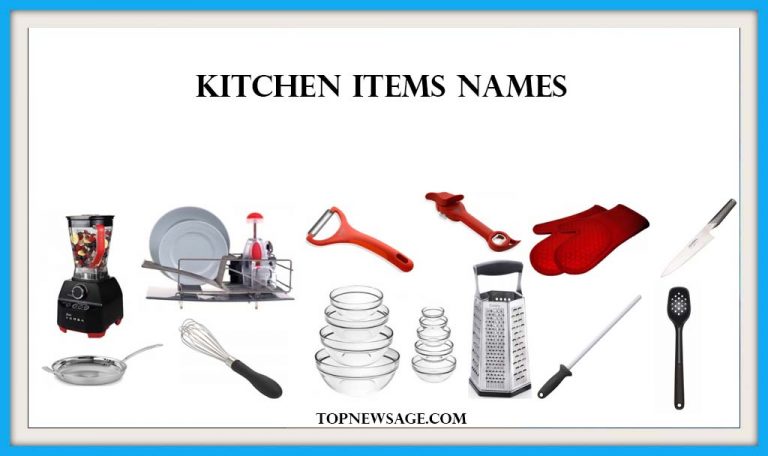 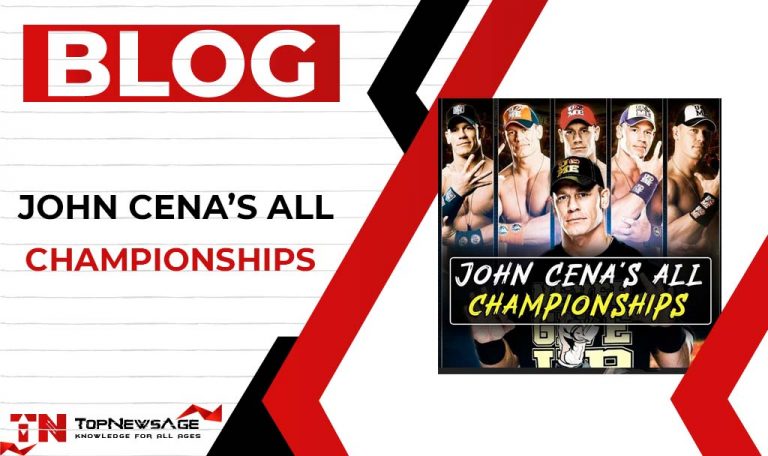 Only two men, “John Cena” and “Ric Flair,” achieved an incredible record of most WWE World Championships victories with 16 titles. John Cena defeated the AJ style in Royal Rumble 2017 to enter the illustrious 16-title club. It’s one of the back-and-fourth matches of the John Cena World Championship titles, where he outclasses the AJ… 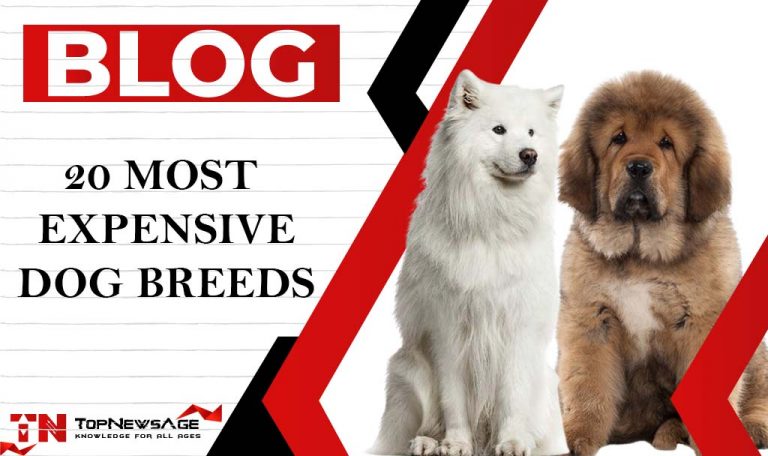 Dogs are considered as the men’s best friend in the world, but some of these four leg family friends can cost you more than a car. So, you must have a few thousands of dollar in your pocket to own these canine companions. Even some breeds of the dogs so expensive that only rich people… 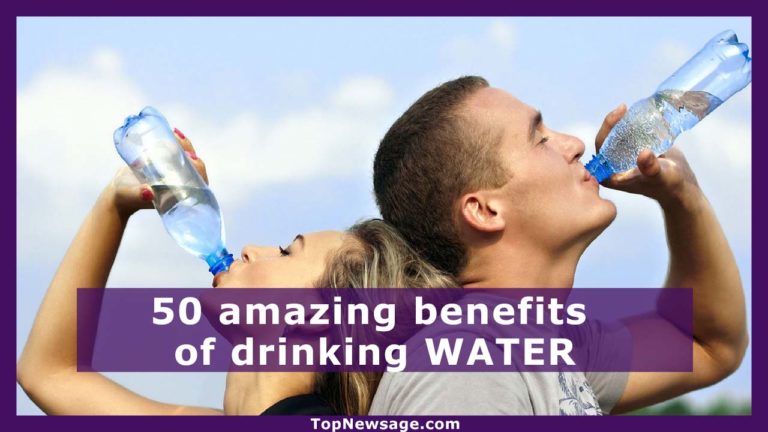 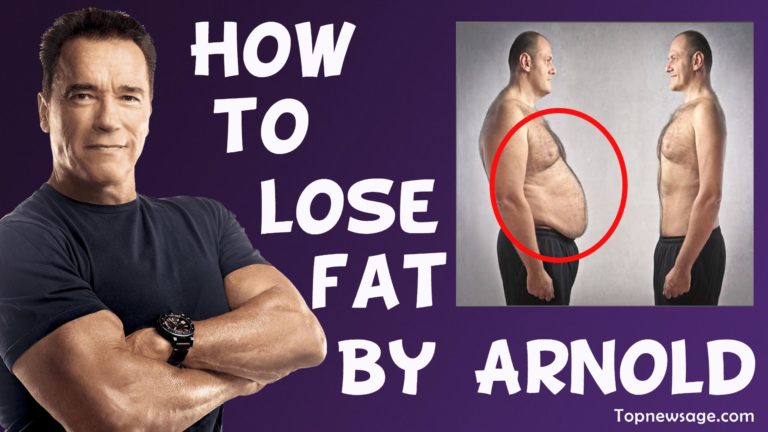